Nurture in our Nature and in God’s

Over the weekend I got together with my work team at my co-worker’s house for drinks and dinner. My co-worker who hosted us (I’ll just call him G from now on) really enjoyed mixing some of his hand crafted drinks for us, and he also made a ridiculous amount of delicious Turkish food. I left the party more full than I’ve ever been since my last trip to the local Brazilian steakhouse. What made this social event very different from the groups I normally spend my free time with is that the average age of my co-workers is a lot higher than that of most of my friend groups. While half of my team is young, unmarried, and in our 20’s, the other half are older and married with small children whom they brought with them, which I love because it gives me perspective on life, and also a glimpse into what will be important to me once I’m settled down and have a family.

I really admire G’s hard work in the office, but I have even more respect for him when I see how he interacts with his wife and daughter. For many reasons he is one of the best examples I have in my life of a good husband and father. He’s a great chef, keeps the house clean, works really hard in the office, and leaves work early enough to pick up his daughter from school when his wife can’t. I was beaming watching him play with his 3 year old daughter while we were over at his house and hearing his wife brag about how lucky she is to have him.

Seeing my normally serious co-workers around 3 small children at the same time reminded me of how we all have the desire to nurture others as a part of our natures. No matter how serious we are at work, being around very young kids all night brought out a nurturing side in all of us. Most of us, especially the dads and those without kids, spent a lot of time playing with the kids, throwing a small ball or frisbee back and forth with them, and trying to hold conversations with them with limited success (One of the kids speaks mostly Korean and the only English phrase he knows is “Hi how are you!!” which he repeated many, many, many times. He can also sing all of Old MacDonald Had a Farm which I thought was very impressive.) No matter what we were doing, it was impossible to do it and frown at the same time.

God is love, and we are created in the image of God, meaning we have the desire to love and care for others ingrained in who we are.

When we look at our own desire as human beings to care for and love our kids (and the kids of our friends), we can get a good idea of how God cares for us. He sees us grow and delights in our successes. He is saddened when we fail, but thrilled when we fix our mistakes and learn from them. He recognizes that he can’t force us to love him, but He doesn’t stop loving us and forgiving us anyway. Thinking of God as the perfect parent helps me understand Him a lot better, especially when it comes to unanswered prayer being like an unanswered plead with your parent who may realize that what you’re asking for isn’t the best thing for you at that moment, even though the child has no idea why. 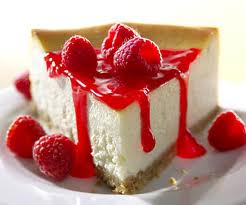 Though why a parent would think cheesecake for breakfast could ever be a bad thing is still beyond me.

It’s still not perfect, but I think the image of God as a loving parent is among the “least bad ways to describe God.” Just as we want to play with, teach, and care for the kids around us, God wants to play with, teach, and care for us. Obviously the comparison falls apart at some points due to God’s lack of physical presence in the way that our parents are present, and due to the imperfections of our human parents, but I still found that experience of spending time with the children of my co-workers was a great way to give me a little glimpse into how God also loves us and wants to nurture us.

Peace from Vulnerability »
« Scouting is good for everyone, regardless of your imperfections

One thought on “Nurture in our Nature and in God’s”