Moral of the Story: You Don’t Always Have Control

Hearing the news of Robin William’s suicide yesterday evening impacted me in a different way than it would have a year ago. It was well known that Williams suffered from bipolar disorder, severe depression, and alcoholism. Like most of my friends, I was deeply saddened to lose a man who brought me so much joy, especially during my childhood. But now after spending a year serving the homeless and getting to personally understand their motivations, their upbringings, and their struggles, this tragic news was yet another reminder of the reality of the second moral of my story at Christ in the City. 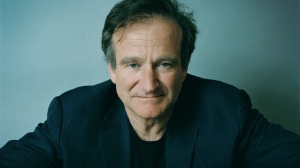 Mental illness and addiction are serious and sometimes deadly challenges in the lives of many, and usually it is completely out of their control.

Before I joined Christ in the City, I wondered who in their right mind would want to be homeless. And that’s exactly the point. A majority of the homeless aren’t in their right mind, and several of them struggle from mild to severe mental health issues. The homeless, far more than almost any other population of individuals, are plagued with chronic depression, post traumatic stress, drug and alcohol addiction, bipolar and schizoaffective disorders, and many others. According to the Substance Abuse and Mental Health Services Administration, “20 to 25% of the homeless population in the United States suffers from some form of severe mental illness. In comparison, only 6% of Americans are severely mentally ill.” And that 20-25% statistic becomes an even higher number in the population of the “chronically homeless” who we focused on serving- those who don’t have a clear path toward a better life or a strong possibility of ever finding a stable job or permanent housing.

I’m not a trained psychologist, so I won’t pretend to know the causes of many of these mental illnesses. I think there is still a lot of uncertainty, even among those in that field, as to what causes them and if anything can be done to completely cure them. But one thing I did learn just from experience is that mental illness is not something that these people chose for themselves, or were the results of their actions. Sometimes it had to do with their own brain chemistry being out of whack from an early age. Sometimes it was the result of a traumatic childhood with abusive, absent, or negligent parents, or from a traumatic experience at war. Many of the homeless are veterans, and that played into mental health issues in a lot of cases.

The point is, for the population that struggles with severe mental illness, telling them to just “go get a job” doesn’t do them a lot of good. They simply aren’t employable, and many never will be. Not even Wal-Mart or McDonalds will hire someone who can’t hold an intelligent conversation, who can’t function for more than a few hours without experiencing an intense period of anger or violence towards the people around him or her, or who lacks the mental capacity to realize what time it is or remember that they have a shift that is about to start.

If we’re going to respect and value the dignity of these people, we need to go out and serve them, because they aren’t going to find help by themselves. They don’t think and function like we do, and the sooner we understand that the sooner we’ll be able to help. The sooner we do that, the sooner we can love them the way that God loves them.

I didn’t learn any secret way to cure mental illness while I was a missionary. But I did learn to put myself in someone else’s shoes. I learned to ask questions and get to know someone, even if conversation with that person wasn’t always pleasant initially. I learned that mental illness can completely control a person’s life to the point where someone who seems totally normal on the surface can feel like they are totally helpless on the inside. And I learned that compassion can go a lot further than judgement, because when we think that someone is acting in a completely irrational way and is totally out of their mind, chances are, especially if they’re homeless, they truly are.

Rest in peace Robin Williams. I pray that even while fighting your own battles with depression, you knew how much you meant to so many people, and how much joy you brought to so many lives.

2 thoughts on “Moral of the Story: You Don’t Always Have Control”