A Group of Men Go to a Strip Club, but Not for the Reason You’d Expect

Last week I joined a team of a dozen other young Catholic men to gather outside of a location you would not expect a group of Catholics to meet up at- a strip club. We were inspired by a group of men at Franciscan University who meet outside a strip club every week to pray for the women who work there, the men who frequent the establishment, and an end to the culture that objectifies and devalues women for the sake of pleasure and sexual arousal. While we were praying on-site, a group of women was praying a holy hour nearby for us and for those we were praying for. 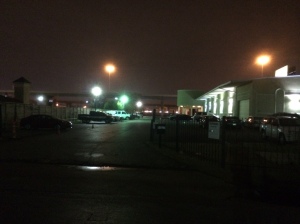 Our view from across the street.

After gathering at my house and enjoying a quick dinner together, we carpooled to the strip club and positioned ourselves across the street from the entrance. We began by singing a chaplet of divine mercy. After one decade, I saw two men walking across the parking lot towards us. They looked like they were probably the club’s bouncers. I got tense and began to worry that they were going to tell us we weren’t allowed to be there. “Good evening fellas,” one of the bouncers asked. “What are you boys up to?”

“We’re just praying sir,” my roommate Isaac replied respectfully. “We’ll stay out of the way. We’re not trying to cause any trouble.”

“Oh, ok. Cool. We were just a little curious,” he replied, clearly a little surprised, as he and the other bouncer began walking back across the parking lot.

As we continued the chaplet and then moved on to praying the glorious mysteries of the rosary, we saw many people drive in and out of the parking lot of the club. Most drove right by us without pausing, some showing confused or angry expressions on their faces.

However, the most encouraging moment came when a woman drove past us on her way out. She asked us what we were doing and we explained that we were praying for everyone in the club.

“Thank you for what you’re doing,” she said. “God bless. Merry Christmas.” I don’t know what her relationship with the strip club was and if she worked there or not, but it was good to know that we weren’t the only ones on the premises who thought that prayers were needed.

It was a new experience for me. I’m used to praying at churches, in my home, and even outside abortion clinics pretty frequently, but this was different. While grave evil also takes place at abortion clinics, there is a small amount of comfort in knowing that not everyone that I see driving in and out is necessarily doing something gravely evil since some only go to Planned Parenthood for help achieving pregnancy. It was hard to make a similar excuse for those who were going into the strip club, since there are no other reasons to enter such an establishment than to participate as either a supplier or consumer of the objectification of the female body.

I would love to see prayer groups outside strip clubs become as common as prayer groups outside abortion clinics since the two evils are so closely linked. Ultimately, the demand for abortion is rooted in a failure of men to fulfill their roles as protectors and providers for women. Our culture, driven by pornography, strip clubs, and the prevalence of casual sex, has taught men to divorce sexual intercourse from love and responsibility for their actions, leaving women to deal with the consequences on their own. While not always the case, women often choose abortion because they feel like they are not prepared to raise a child. Many times it is because they don’t think they can do it on their own. They lack the time, the financial resources, and the stability to care for a child. If we can teach men what it means to truly love women rather than use them and discard them as consumable objects, far fewer women will be afraid to raise a child and choose to abort their offspring because they will know that the father of their child is there with them to support them, not to use them.

We’re hoping to someday soon make this a monthly occurrence here in Dallas and plan to get larger and larger groups of men to attend each month (and women to pray together for/ with us). If you live in the DFW area and would like to know about future trips to pray for those involved in the “adult” entertainment industry, please let me know in the comments. If you don’t live in DFW, consider starting up a similar ministry in your area and let me know how it goes. 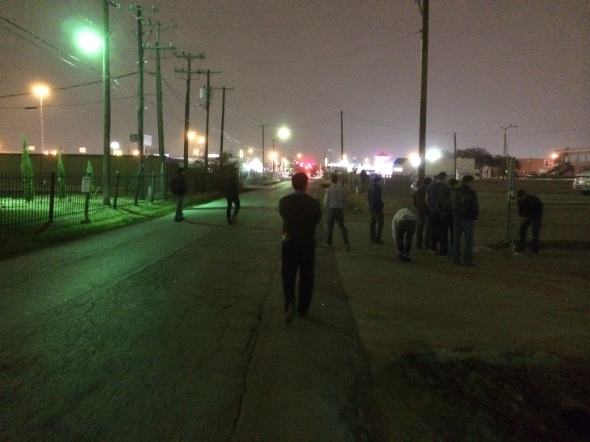